The Natural Hair Swim Caps Banned from the Tokyo Olympics 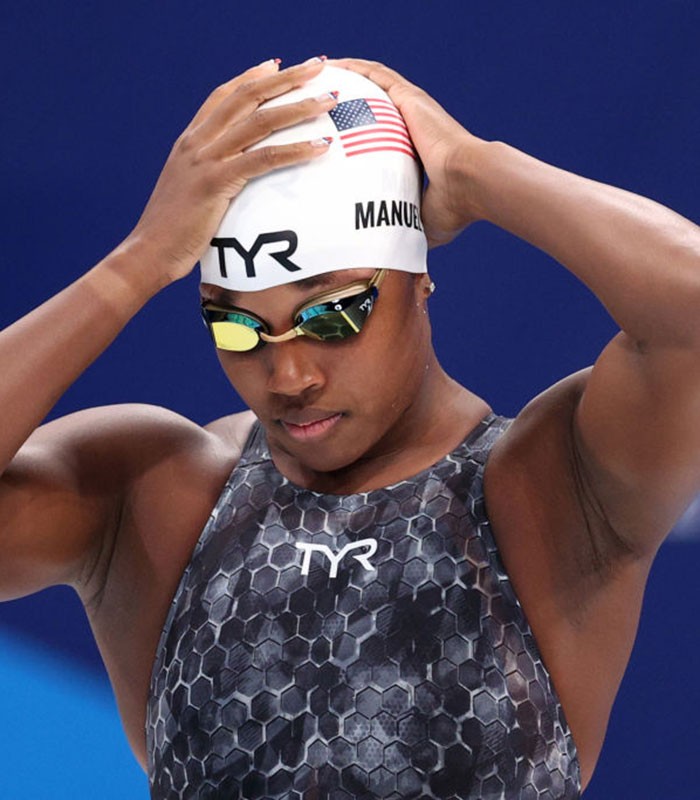 Earlier this month, the Federation for International Competitions in Watersports (also known as FINA) was in boiling hot water after doubling down on its decision to ban athletes from wearing swim caps created specifically for voluminous, textured hair at the 2021 Olympics.

Toks Ahmed and Michael Chapman, best friends and co-founders of the British brand of inclusive caps, launched SOUL CAP together after meeting a Black swimmer at a local pool who struggled with fitting her natural hair into her swim cap. According to SOUL CAP’s website, after acquiring the input of other women in their social circles, Toks and Chapman discovered a glaring misstep in how the health and beauty industry is “completely overlooking the needs of people with thick, curly, and voluminous hair.” Encouraged to fill that void, they created a brand of hair care items for the “volume-blessed,” including a protective swim cap for swimmers who may struggle with caps made for straight hair. The swim cap line caters to swimmers with afros, box braids, locs, weaves, extensions, and more, promising to protect consumers’ hair from the damaging chemicals in chlorine-treated water.

After submitting their swim cap for review by FINA, Toks and Chapman were both disheartened to find out that the committee concluded that Olympic swimmers would not be permitted to compete while wearing a SOUL CAP, and supported the ruling with reasons such as the cap not adhering to the “natural form of the head” and athletes never previously needing “caps of such size and configuration.”

In an article for Metro, the co-founders have described this decision to be a “failure to acknowledge the diversity of competitive swimmers.” Ahmed adds that people who fall into an ethnic minority, for example, may be discouraged from seriously pursuing swimming because of the lack of properly fitting equipment for them. “For younger swimmers, feeling included and seeing yourself in a sport at a young age is crucial,” and he goes on to say “FINA’s recent dismissal could discourage many younger athletes from pursuing the sport as they progress through local, county, and national competitive swimming.” 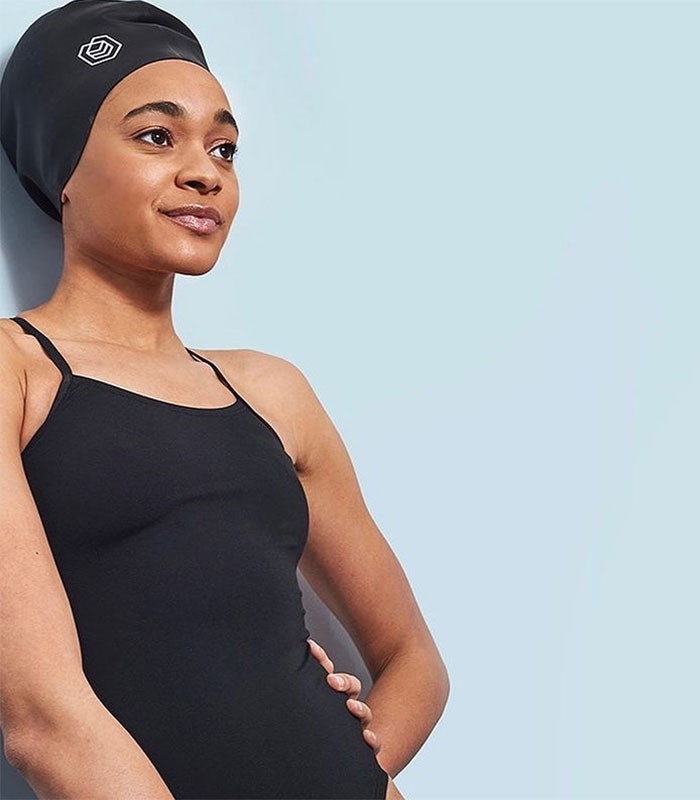 The FINA committee’s indifference when declaring that the SOUL CAP doesn’t form to the “natural shape of the head” implies that the shape of a cap with large hair underneath is somehow unnatural. And stating that there is no “need” for such equipment among elite athletes further solidifies the implication that highly textured hair, and perhaps Black people themselves, don’t truly belong in the sport, and the struggle or inability to comfortably fit full, textured hair into a smaller cap is unimportant.

And that’s not by choice. In addition to the historical and cultural reasons behind these statistics such as Black people being barred from affordable YMCA lessons and being prohibited from entering community pools, one of the most common concerns among Black women when it comes to swimming is the manageability of their hair. Tightly curled, kinky hair is usually dry to some extent and prone to knotting and breakage. Although there are plenty of self-help tips and tricks to keep curls from drying up and causing lasting damage in the pool, given the time that Black women put into protecting their hair (braids, twists, sew-ins), jumping into chemically-treated water isn’t always practical if you want maintain your hair’s style and health.

That’s an issue that the SOUL CAP team hopes to address. And they’re well on their way with over 30,000 units of their swimming caps sold worldwide. Toks and Chapman are pushing for a future where Olympic swimmers like Alice Dearing and Simone Manuel will have the luxury to give their all in world-class events without giving even a second thought to the state of their hair—regardless of style or texture.

How to Add Hyaluronic Acid to Your Hair Routine for Thicker, Longer & Stronger Curls

The Best Mousse for Curly Hair – Our Top 12

We will be happy to hear your thoughts

Curlyhairqueen.com participates in the Amazon Services LLC Associates Program, which is an affiliate advertising program designed to provide a means for websites to earn advertising fees by advertising and linking to amazon.com

Affiliate Disclosure: As an Amazon Associate, we may earn commissions from qualifying purchases from Amazon.com. You can learn more about our editorial and affiliate policy